I just realized it’s the end of the month and I haven’t discussed the real estate numbers during the first 14 days of July 2012. I guess time just got away with me and this month blew by really fast, which means summer is almost over 🙁 On the bright side, the numbers are positive (despite of what the media is saying) so lets take a look at them… 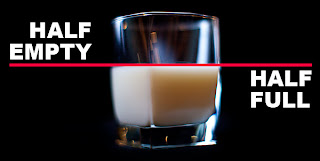 Although new listings were up when compared to last year, I still believe that the reason why price growth was the strongest in the City of Toronto is due to a lack of listings in the low rise single family home sector, in downtown Toronto. Recently when I’ve been doing searches for clients in neighbourhoods just north of Bloor heading south, it’s slim pickings! There is still a shortage of good quality listings out there, making it a good time to sell while most potential Fall sellers are on vacation. On average homes sold for 98% of list price during the first 14 days of July and took on average of 25 days to sell, these are all positive numbers! What summer slow down you say? Also keep in mind that these numbers are being compared to last year, which was a record year for real estate in general.

Now, let’s discuss all the attention that the surrounding regions have been getting. To start off with the hustle and bustle of downtown Toronto is not for everyone. For a growing family that’s looking for a lot more space and something easier on the pocket book, may look outside of Toronto to get more bang for their buck. Also buyers are more reluctant to purchase in Toronto due to the extra costs associated with the Toronto Land Transfer Tax and sellers are hesitant to list, especially if they want to stay in Toronto. A lot more sellers are choosing to stay and renovate and who can blame them?

All these factors help to paint a true picture of what’s going on in the Toronto real estate market and help explain the reasoning behind the numbers that are being reported by TREB. Jason Mercer, Senior Manager of Market Analysis at TREB is predicting a better supplied market causing a slower annual rate of price growth for the second half of 2012. Will this actually come into fruition or are we just gearing up for a really strong Fall market? I guess only time will tell and you bet I’ll have my 2 cents on it.

What do you think?