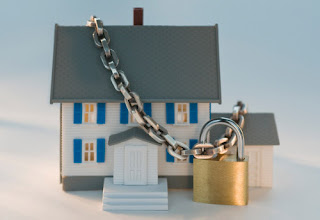 I’m probably the last person to do a blog post about the new mortgage rules taking into effect in Canada, considering the news was announced last Thursday morning, but here’s my summary and take on it for what it’s worth! By the way, does it count if I tweeted about it Thursday morning?

The new rules are as follows:

So what does this all mean? Was it the government’s way to increase interest rates without actually increasing interest rates, because of a struggling world economy? Was it a way to cool down the already cooling housing market, especially in Toronto? Everyone has an opinion of the “whys” and I’m no different.

“The government’s moves take direct aim at the issue and they should have a substantial moderating effect on the growth of  Canadians debt level”
Direct aim? I don’t think so! I believe the more direct aim should be taken at people’s credit card and unsecured debt which is sky high. Companies are allowed to charge upwards of 30% interest on loans such as credit cards and it’s very simple for the average person to apply and receive. There should be some government legislation on the qualification needed (not just over the phone application) and on the interest rates charged. Where’s a cap for that? Credit card companies are allowed to take your interest rate from 11% to 30% overnight. I guess banks would loose too much money in that scenario, which is the bread and butter of their business.
Let’s talk about the refinancing aspect. You are only allowed to refinance your home up to 80% of it’s value as per the new rules, down from 85%. Most people I know that refinance their mortgage and tap into their hard earned equity, do so to pay off those high interest debts. This will still be allowed, but for a lower amount. So basically the government is restricting us from getting a low interest loan (refinancing our mortgage) to let us hold onto that high interest debt for that much longer, how will this save us money? It sounds like the only winner here again is the banks. Don’t get my wrong, we shouldn’t be able to refinance our homes for a full 100%, but I think at 85% we were sitting very healthy and comfortable.
Lastly, how about the new amortization being knocked back down to 25 years? This will drastically affect first time buyers. Let’s do a quick calculation:
Purchase Price: $350,000
Down payment: $17,500 (5% minimum needed)
Interest rate: 3%
Monthly payment 30 year amortization: $1,439.76
Monthly payment 25 year amortization: $1,616.81
That’s a difference of $177.05 per month, $2,124.60 a year
It may not seem like a lot, but for a first time buyer that is pretty huge! That equals to a couple of utility payments per month. It also allows buyers to buy less house in Toronto’s market where the average price in the GTA stood at $516,834 during the 1st 14 days of June 2012. Honestly, if Jim Flaherty took a look at the market especially in Toronto, where he says is one of the cities that cause him great concern, the market has already cooled down, this was not needed, same goes for Vancouver. Talk about bad timing, if Jim Flaherty was going to step in and make this change, it should have been done months ago. Why damper an already cooling market and worry Canadians in the process?
You can slice this scenario in so many ways, good or bad. Right now the only thing we can do is wait and see what happens in the next few weeks. Rules are rules for a reason and I hope this move keeps strengthen our Canadian economy.
What do you think?
Also stay tuned for a more in depth analysis of how this will affect buyers and sellers.